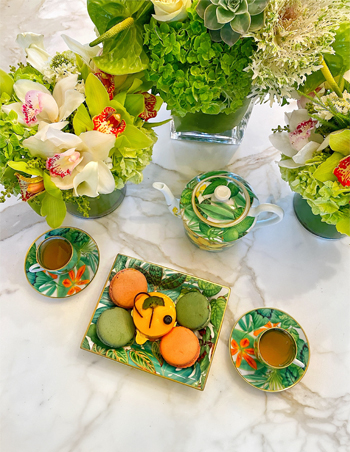 Healthy Drinks: A Cup of Green Tea a Day Keeps the Doctor Away

Did you know that in the United States, the average person drinks about 155 cups of tea each year? That’s almost one cup every two or so days! And with so many of us catching on to the natural health benefits often associated with tea of all kinds, I wanted to take an in-depth look at what my personal favourite type of tea—green tea—does for my body on the daily.

We all know that green tea has been used for centuries, not only as a health tonic, but as a cultural indicator for many Eastern societies’ wealth, health, and individuality. As well, we all know that your average google search is brimming with both personal and professional takes on how the daily consumption of green tea can provide major health benefits to many populations across the globe.

But with more and more supportive evidence crossing the major headlines of my newsfeed showing that tea, and green tea specifically, can play a role in cardiovascular health and even cancer prevention, I have begun to feel that there is a bigger part of the ‘green tea’ story that I’ve been missing. So, with the hope that, as always, you’ll join me as I explore some of the nuances of green-tea consumption, here is a little research accumulation I’ve created while doing some investigations into the benefits of drinking green tea every day.

HOW CAN DRINKING GREEN TEA BENEFIT MY DAILY HEALTH?

Again, much of my knowledge about what green tea actually does for my body came simply from the recommendation of my old chiropractor and the fair few articles I’d skimmed over the years.

I think, actually, this is how many of us start to understand certain parts of our health journey: we often stumble into new health rituals and routines, as if by accident. In this case, it was reading the nutrition information on an old box of green tea (waiting for the water to boil) and seeing that green tea provides a source of Vitamin K that I began to ask myself what other sorts of vitamins, minerals, and even antioxidants could be hiding in my daily cup of green tea?

With a few clicks and some heavy reading (while sipping that very cup of tea!) I decided to seek out the latest in green tea health facts and statistics. Here’s what I found out about the benefits of drinking green tea on the daily:

BENEFIT ONE: GREEN TEA HAS A UNIQUE COMPOSITION THAT SUPPORTS OVERALL HEALTH

Interestingly, green, black, and oolong teas are all derived from the same plant (Camellia sinensis), with the idea being that the unprocessed green tea contains more health benefits.

Now, I don’t want to get too complex with this explanation, but there are some interesting attributes present at high levels in green tea which do consistently produce improved health results. For one, tea in general is composed of polyphenols, which are a micronutrient we get from plant-based foods. Polyphenols themselves come in a great variety from many plant-based sources, and with tea this includes several ‘flavinoid’ polyphenols called ‘catechins’.

These catechins, according to many studies on the subject, are thought to be responsible for the health benefits largely attributed to tea, and especially green tea. Indeed, this study notes a diverse range of evidence pointing to green tea catechins as possessing ‘diverse pharmacological properties that include anti-oxidative, anti-inflammatory, anti-carcinogenic, anti-arteriosclerotic, and anti-bacterial effects’.

As a result, it is the specific chemical composition of green tea itself as an unprocessed, brewed beverage which provides higher-than-usual (as far as teas go) anti-oxidative properties to protect against disease. These antioxidants and other minerals are a part of any healthy diet—which marks green tea as a great supporter of a healthy and balanced lifestyle. What’s more, and as I’ll explore further in the next section, green tea has specific medical applications that have been widely studied.

Knowing that medical professionals are breaking down the chemical composition of green tea into usable parts to tackle all sorts of health problems…it certainly made me think twice when I made another cup!

As I mentioned, green tea has been used in quite a wide variety of medical applications dating back centuries. For instance, the knowledge that green tea is effective in treating any type of diarrhea and typhoid has been known in Asia for quite some time. In more recent years, the consumption of green tea, on its own and to support other treatment protocols, has been a growing area of study among scholars toward the prevention of cancer, reduced cholesterol levels, and the reduction of chronic disease. To be sure, many of these effects are still under investigation, but I did feel the following studies about green tea were super interesting; I just had to share some of them here!

PS: If you’re interested in learning more on the links between green tea and cancer prevention, check out this great resource!

Noting of course that I’m only dipping my toes into the green tea medical research that has been accomplished around the world, it is amazing to think that something I’ve so casually consumed for half of my life has this whole other ‘alter-ego’ I barely knew about. Like I said, I guess I hadn’t known ‘the whole story’—just that green tea was good for me. Now I know; and so do you!

In that line of thought then, the third benefit of green tea becomes obvious: it’s super accessible, familiar, easy to drink, and most everyone can have some in small amounts at least.

BENEFIT THREE: GREEN TEA IS A LOW-RISK, HIGH-REWARD HEALTH DRINK THAT MOST ANYONE MAY CONSUME

While more studies are always needed to cement many of the health benefits of green tea for both the research and popular health communities, it is true that ‘green tea seems to be a low-risk complementary therapy for a number of conditions’. It comes in a ton of formulations, with typical consumption ranging anywhere from one to three cups per day—each with about one teaspoon of leaves per 8oz of boiling water.

Taken with a meal, green tea can provide a great routine option for those trying to improve their health without changing up their lifestyles in a major way, and because it does contain caffeine, It can act as a great energy and mood stimulant to replace heavier, more acidic beverages like coffee.Those who are looking to add green tea to their every-day diet should still however note that as tea products and green tea products specifically become more popular, that they may not have the same polyphenol content as brewed tea itself, which contains the highest concentration of polyphenols. Anyone consuming green tea at home should also note that the addition of other liquids, such as juice, can further dilute the polyphenol content of your tea, whereas decaffeination can reduce the catechin content of your tea.

ENJOY YOUR NEXT CUP OF GREEN TEA; I KNOW I WILL!

Considering all the great benefits that green tea has to offer, I found it highly exciting to see how many others have come up with interesting tidbits about green tea consumption from personal experience, such as this article which suggests not to add honey to our green tea when it is piping hot since the heat may destroy the nutritive value of the honey, and to never rush while drinking green tea, since it “won’t serve its purpose of giving alertness to your brain or increasing your metabolic rate”. Another article suggests that adding even green tea to hot boiling water can be bad for the catechins: best to stick to 160 to 170 degree water.

DID YOU KNOW: Matcha is actually made from green tea leaves grown in the shade! Apparently this is what gives the leaves such a vibrant green colour.

Aside from these fun tips, I would suggest as well to use bottled or filtered water to make your green tea, and to add a squeeze of lemon to taste. Not only has lemon juice been suggested to enhance the ability of those catechins as they work their magic in your system, but because it contains vitamin C (ascorbic acid), it can increase the the antioxidant potential of green tea!

And of course, always make sure you choose your favourite mug from the cupboard! Nothing feels better and more healthful in mind and body than placing your hands around a steaming mug of green tea and reflecting on all the good that life has brought—don’t you agree?

I will surely be thinking of these things and more when I go brew my next cup, and I hope you do the same!

As always, wishing you the absolute best in your health journey, and all my affection, 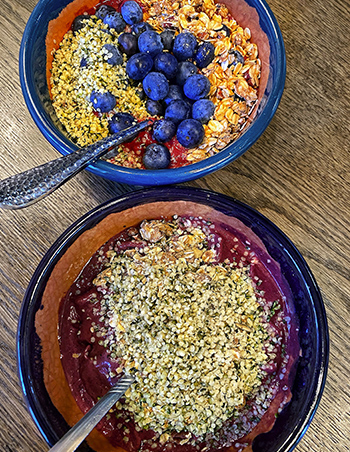 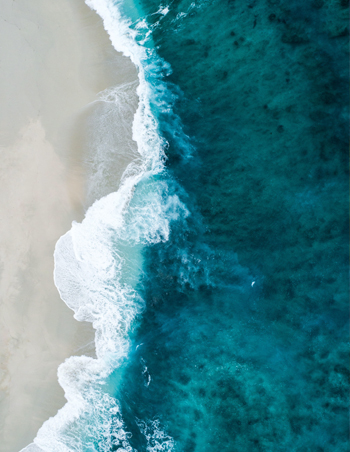