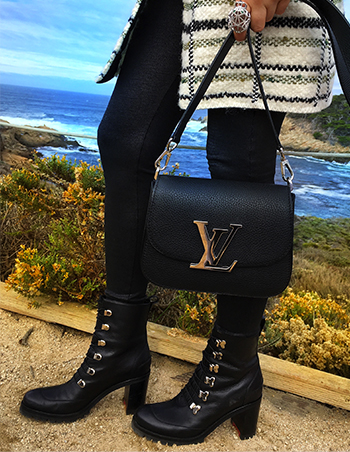 Why Combat Boots are IN for Fall 2021 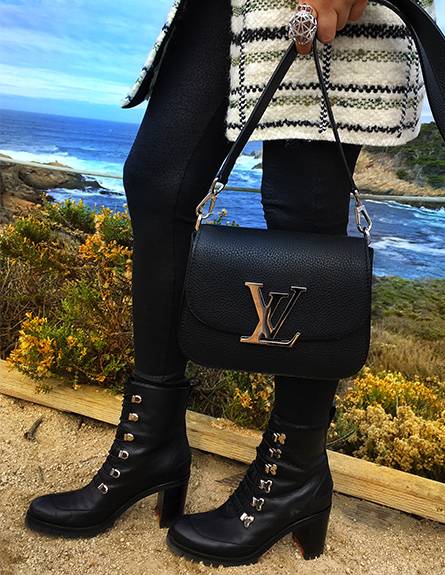 Combat boots seem to be that one fashion accessory that requires no explanation. They’re a timeless classic that have made their way into the mainstream through surplus stores, and then in the 60s due to an eccentric pair of neon orange boots worn by then-superstar band, The Clash. When you ‘pair’ that with the utilitarian look adopted in the all-time war film, The Great Escape, you’ve got yourself a fashion accessory that has since been immortalized by runways and design houses all over the globe.

From their initial 1940s design to now, combat boots have gone on to infiltrate every corner of the fashion world. By the mid-80s, the arrival of goth, industrial, and punk music and fashion further entrenched combat boots into the mainstream—though back then, I doubt many of the styles were as darling and downright fancy as some of the looks we’re used to seeing today.

And although there is no ignoring the subculture groups which chose combat boots as a type of ‘uniform’ to signify societal resistance (and sometimes violence), the idea that one hot ticket item can be found in almost every closet in America – man or woman, young or old, clean-cut or grunge – is simply too exciting to ignore.  Is the combat boot the ultimate unifier?

Have we found something in 2021 that we can all agree never went out of style?

As someone who likes to ground ultra-feminine pieces with edgier ‘rock-and-roll’ looks and styles, and with the Fall 2021 season coming around so quickly, I knew that I had to chat with you about what I love most about combat boots, and specifically why they’re so perfect for this upcoming fall season.

While combat boots as a type have been iterated and reiterated throughout time (beyond even the Persian riding boots of the sixteenth and seventeenth centuries), it wasn’t until about the time of WWII (around 1943) that the true Combat Boot style was ‘green-lighted.’

What constitutes a ‘true’ combat boot? According to recent article from CNN, your average combat boot has a thick sole, and laces up the front. It is typically black – though it can come in a variety of prints – and as time has gone on popular design brands like Prada have come out with heeled versions that add an austere height to even the ‘prettiest’ look. With these heeled versions, which come in knee-high options and even styles that have given up on laces altogether, it’s clear that what constitutes a ‘true’ combat boot has become more and more flexible.

As time went on, soldiers began to wear differing variations of the original Black Combat Boot, resulting in a ton of different styles that eventually made their way into surplus stores and then on into the civilian population.

They also became a quick staple of the London punk movement spanning the 60s and 70s; here’s what the owner of Trash and Vaudeville in New York, Ray Goodman, had to say about combat boots at the time:

“In 1974, I went to London for an internship. I was a student at F.I.T. and was blown away by what was happening with fashion there. When I opened the shop, I started taking trips back for inspiration…All the kids had these amazing mowhawks and wore Docs, so I decided to bring some back with me to sell. Right away, people were coming for them…”

Later on, by the 90s, it would seem the combat boot would fully inhabit its role as an ‘anti-establishment’ shoe, particularly for women. This sentiment is well-represented in pop culture, but as one fashion stylist of that time (Lori Goldstein) mentions, many women wanted to rebel against the classic idea from the 80s that women wore heels and Armani suits. “We wanted to say, ‘fuck you’ to the establishment,” she mentions candidly.

Perhaps one of the most resurgent fashion staples of the last 20 years is the Dr. Marten combat boot, lovingly referred to as a good ol’ pair of Doc Martens, or Docs.

Even though there’s already a lot to say about combat boots in general and their amazing impact on fashion throughout history without extra research, I always like to do a little extra when I write these type of articles. So, when I set out to do some curious digging, I noticed every single source gave a positive shout-out to Doc Martens for their almost constant presence in our fashion repertoire.

For that reason, and to celebrate those humble beginnings, here are five interesting quick facts I learned about Doc Martens, and where they came from:

Why I Love a Good Combat Boot (for Fall!)

While combat boots are completely timeless, there is good reason to love them for fall!

Not only is it a really good time to go out and get excellent deals on top brand styles, but you will have a ton more options to choose from when you buy, since stores often have last years’ timeless fashions AND a few great pre-season styles for you to choose from (not that you ever have to choose—invest in all the boots!). Since we can all agree that combat boots are both timeless and versatile, they’re also the one item that no one will consider ‘last years’ fashion when you buy.

Another reason to love them for fall? You can wear them with anything!

Seriously, tell me one outfit that you can think of that doesn’t look cute with combat boots? You can wear them with any pattern, any style of clothing, and can accessorize with different styles of boot to match your mood. Wear combat boots with plaid, denim, trench coats, shorts, a parka, a long or short dress, literally anything that comes to your mind, and I’m positive it’ll look adorable.  If you add in socks to the mix, the possibilities are endless – short, high, knee height in any color or pattern.

Fashion Trick: if you’re not feeling super confident about an outfit, throw on a pair of combat boots! The rebellious aura that the boots add to your outfit are sure to help boost your confidence about what you’re wearing that day!

What to Expect for Fall 2021 Season: Combat Boots Edition

From what I’m hearing from some of my closer friends on the fashion scene, this fall will be all about finding timeless, versatile pieces that are going to last you a long time. No longer does fashion seem to be about finding the latest trends and then throwing them to the side when the next ‘look’ comes along.   Fast fashion is out and forever fashion is in!

Nowadays, it’s about finding essential items to ground your entire wardrobe, that you can wear again and again!

In 2021, with a hotter season on the horizon and winter coming a little later this year, finding pairs of combat boots that aren’t too padded with inner fur or linings, but which are still comfortable and offer a ton of support will be important.

Combat boots are work in almost any weather—and are best when the weather is unpredictable. Just remember to find styles that complement your height and overall fashion (not just what you love this year): i.e. a knee-high style can stunt shorter wearers, so try to find a pair with a good heel if that’s what you’re looking for in a boot.

Because combat boots will take you well into 2022 and beyond, be sure that the looks you’re attracted to for Fall 2021 aren’t just eye-catching in the now! From what I’ve seen, this years’ combat boot styles are literally going to new heights. Apparently in 2021, obscene ‘clunk’ is the new ‘rugged sleek’ from years past, with this latest version from Prada showcasing what may be a less timeless, more utilitarian take on the combat boot.

Still, if that’s your style, who am I to shoot you down! In fact, I’m here to bet that you would put together an outfit that I would fall in love with. And if those aren’t your style, then perhaps you’ll find a pair you like on this list of great combat boots. Check out the white styles if you’re feeling really daring (and don’t mind taking a little extra care to avoid scuffs!).

Another great pair to watch out for this upcoming season would have to be this latest style from one of my long-time favourite brands, Rag & Bone. This ‘Shiloh’ boot is apparently ‘giving the Doc Marten a run for its money’ in a cool off-white cream color that could pair with absolutely everything I have in my wardrobe. You should definitely check out some of the promo photos they have advertising the shoe style on their site for more ideas on how to wear combat boots in 2021—and white or light-colored combat boots in particular.

If none of those styles are catching your eye, it’s never too late to watch out for the latest combat boot designs from Valentino, Chloé, Manolo Blahnik, and yes, even Prada—who have a ton of fun, lower-to-the-ground styles for the less adventurous among us. These come in an almost endless array of colours, from bold to neutral, so don’t hesitate to pull a Victoria Beckham (with her infinite number of Birkin bags) and grab a bunch of different pairs depending on your mood. Why not, if they’re going to end up lasting you a long time?

Did you learn something new today about the shoes you’ve been keeping around since high school? Think it’s time to venture out and upgrade?

Whether you’re buying a new pair for the first time in awhile or are looking for a new combat boot style to add to your collection, 2021 seems like an excellent year to invest in a great, long-lasting pair of combat boots. They’re extremely versatile, make a bold statement, and they haven’t gone out of fashion yet!

And since we are looking in Fall 2021 for select pieces that’ll last us a lifetime, if you do plan to purchase a good pair of combat boots, be sure you know how to care for them so they do last as long as promised.

I’ve seen too many pairs of gorgeous lace-ups get tossed aside from simple wear and tear that could have been avoided if the leather had been cared for properly. That’s why I really suggest checking out these great tips on leather shoe and boot care, and to ask the designer/store where you purchase your boots for extra home-care tips.

I’ll be sure to make a new post soon with my favorite looks to pair with combat boots, but until then I would love to hear from you! What are you wearing with combat boots? Do you have a pair that fit you like a glove? Are you looking for a brand-new pair that no one has seen before? Start the conversation with me through Instagram anytime – I can’t wait to see what you put together – and to get some great inspiration from my wonderful followers as always!

Until next time, with love, 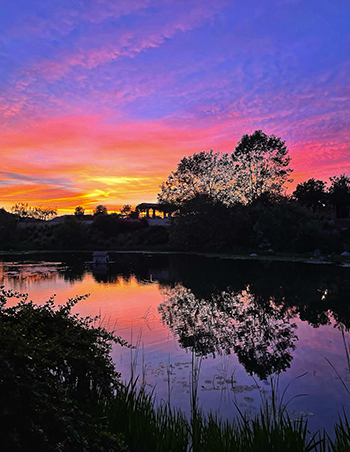 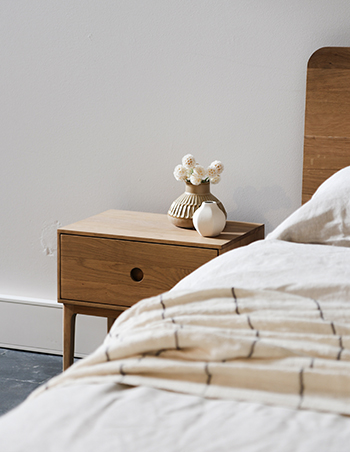