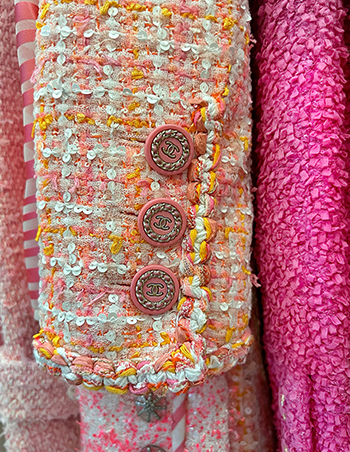 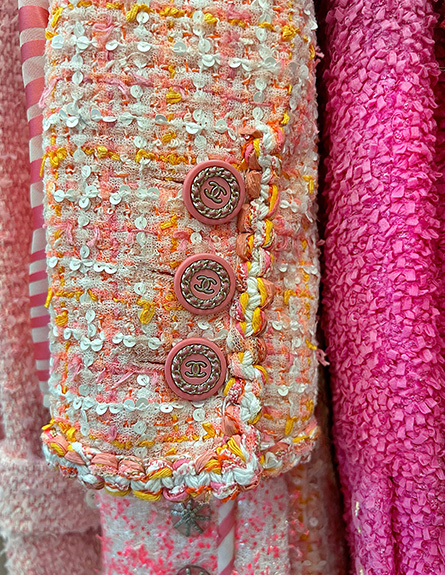 If you are anything like me, you love color and timeless fashion.  This article is for anyone who loves a bit of color, elegance and one of my favorite fabrics, tweed. There is an almost infinite combination of threads, styles, colors and contours to be found with any tweed piece, and I’m telling you ladies and gentlemen, almost nothing else can transform a look like a great tweed skirt or jacket!

Classy, Comfortable, eye-catching…but where did it all start? What brought tweed to the runway? And (my goodness) where can I get my hands on more?

Don’t mind me, I love getting excited about timeless, classics fashion. And since tweed is such a key staple in my rotation, I won’t hold back when I gush over how much I love a good, tweed suit. Not only can I wear each piece together and feel like a million bucks, but I can dress up other outfits with the pieces separately, providing an almost infinite number of wearable combinations. Seriously…I can pair Chanel tweed with just about anything in my wardrobe! And while I would never stop you from going out and finding a designer you love, I myself feel extra luxurious in a stunning Chanel tweed.

Classic, light, and free—these are all things I associate with, say, a good tweed Jacket from the 111-year old design house founded by Gabrielle ‘Coco’ Chanel, whom everyone recognizes thanks to her incredible capacity to design stunning fashion, and for her work as an active brand ambassador for her style ethics. After all, that’s where the famous Little Black Dress got its start! That’s why today, I want to focus on how Chanel (first under Mademoiselle Chanel herself, then Karl Lagerfeld until 2019, and now Virginie Viard into 2022) has done the unthinkable: made tweed all the rage, no matter the era!

So my fabulous community or readers, let’s dig a little bit into the history of tweed, learn about the original tweed suit ensemble from Chanel, and how the design has been flawlessly reiterated time and time again by Chanel’s incredible creative directors!

Tweed was (if you can believe it) at one time simply a versatile, unglamorous fabric more often seen in men’s fashion and workwear clothing around the turn of the 20th century. Certainly, it was considered a practical and warm fabric for outdoor activities and labor, such as hunting or farming.

By 1925 the proprietor of house Chanel, who went out and about quite often in men’s clothing with her friends (and beaus—whose clothing she borrowed), already believed that menswear had the effect of accentuating the feminine form. It was by this inspiration that the design house adopted tweed and other so-called ‘unpopular’ fabrics (i.e. jersey, cotton pique, and sailcloth) as mainstay, core elements of their designs.

The stand-out thing about tweed of course – and largely the reason why Chanel herself became enamoured with the fabric – is that it has a dynamic woven quality and appearance. According to one article I found on the subject, tweed has vertically-strung threading bound together by ‘warps’. These warps can then include up to 12 different threads to produce an ‘endless’ number of textural effects. It is therefore a textile that “holds shape while hugging the body” without added stiffening treatment, and may be manufactured in three distinct patterns (though others are of course possible): herringbone, plaid, and multi-colored or ‘melange’.

Interestingly, the history of tweed pairs well with Gabrielle Chanel’s more intense and detail-oriented nature. For instance, it is well-known that tweed was originally much heavier in early production, and that production has always found home in Scotland (though Ireland and northern England also had a hand in historical distribution). Enter Chanel – rumored to have gone herself to those farms to oversee every phase of the manufacturing process – who then procured a lighter, more durable-fit fabric for women’s attire. She also brought regular tweed production to France in the 30’s, likely so she could keep a close eye on operations. At that time Chanel then became even more experimental, combining classic tweeds with other textiles like wool, cotton, silk, boucle, and cellophane, and even co-founding a new way to treat tweed during manufacture to produce a more flexible end-result.

DID YOU KNOW? According to rumors from the last five years, Chanel purchases cashmere from Barrie Knitwear, and that all tweed for Chanel jackets are made by Linton Tweed. [source]

It is without question – at least, to those of us who have been long-time wearers of all things Chanel – that Gabrielle Chanel would popularize tweed as a timeless staple of women’s fashion. She articulated what was really an instrumental production process for the textile in general, and would then take her newly made material and transform it to ‘suit’ her designs (see what I did there?). This intense focus and purposeful directive would become one of many reasons – or so I believe – for the tweed suit’s continued success as a stand-alone fashion symbol.

But yes…how did tweed become popular for women across the world?

“The hardest thing about my work is enabling women to move with ease, to move like they’re not in costume. Not changing attitude, or manner, depending on their dress – it’s very difficult. And the human body is always moving.”

Gabrielle was so focused on freedom of movement that she would measure all female clientele with their arms crossed in front. In her own life, however – never having spoken actively on feminism, and instead focusing on femininity and contrasting the masculine with the feminine – she had found that men’s fashion was more comfortable, and it showed in what would be her latest design.

By about 1925 Chanel debuted her first idea for an all-tweed suit at a small salon show in Paris. Earlier the previous year Ina Claire appeared in a popular magazine article in a brown version of the same suit-number, whereas by 1963 Jackie Kennedy was wearing such suits regularly. Another iconic client which Chanel designed for, who perhaps stands for her focus on freedom AND movement, was Lee Miller, herself a US model set to later become a photojournalist and war correspondent.

For sure, the slim skirt set just below the knee and collarless, pocketed jacket were immediately popular to certain circles, though some have mentioned the style took American audiences by storm before European audiences caught onto the trend. Early embellishments that are still largely maintained even in 2021 include four pockets, braided trim along the edges and cuffs of suit sleeves and hems, interior chain detailing to produce the perfect ‘hang’ or ‘swing’, and jewel-like buttons in iconic Chanel symbols: a sheath of wheat, a double C, a lion’s head, or a camellia.

As Chanel would close and then re-open her design house post-WWII, there are many more fundamental characteristics known to a good Chanel tweed suit inspired by the designer before her passing in 1971. For example, her designs have been interpreted as responding to the mood of the roaring 20’s – which was rife with women who wanted to (heaven forbid…) wear trousers indoors, focus on their own independence, and indulge in the new-found excitement known to jazz music, drinking, and smoking alongside their male counterparts.

DID YOU KNOW? Gabrielle Chanel often openly included costume jewellery into her own daily wear, as well as onto her models down the runway. She is quoted as once saying, “the point of jewelry isn’t to make a woman look rich, but to adorn her; not the same thing.”

With a guiding principle to build comfort and ease into what women wear, Chanel brought tweed into the limelight, and did so in a suit style that was unheard of in fashion at the time. Even today, whether on or off the runway, a Chanel tweed suit seems to symbolize the continued contrast between some haute couture fashions and more wearable attire that people can feel free to stylize on their own.

Naturally, it is important when we look to the continued popularity of any timeless design that we then resist the urge to – as popular fashion historian Emilie Hammen cautions – give that designer or fashion influencer the full credit of one design or popular trend. More likely, she says, “Brands…want us to believe that one designer freed women. But in fact, they were just designers who were probably extremely intelligent in capturing the intangible, and accelerating change.”

In that context, and since I was of course not alive in 1925, I think today’s Chanel designers deserve an equal share of credit for the suit’s timelessness, versatility, and continued success.

For instance, about a dozen years after the passing of Mademoiselle Chanel, Karl Lagerfeld was named the head of the design house and would oversee the constant reinvention of the suit, without ever losing the original spirit in which it was created.

Under his 36-year tenure, Lagerfeld would toy with volume, cut, and proportion, and would, like Chanel herself, introduce new and cutting-edge textures and textiles each season, including lurex, leather, feathers, denim, rubber, sequins, and even cement! Also the creative director at Fendi, and a photographer and caricaturist to boot, some go as far as saying that it was Lagerfeld’s resilience that has maintained the iconic status of Chanel’s tweed suit, even as many smaller firms and designers attempt to imitate or improve on perfection.

A Modern Take on a Timeless Classic: The Chanel Tweed Suit in 2021

Since Lagerfeld’s passing in 2019, Virginie Viard has taken the helm of Chanel’s design inspiration, and I must say…the outcome so far is incredible. I truly thought that I had seen it all when it came to reworking what is still based in that collarless, pocketed, slim-fit design, but it turns out that the long-time fashion studio director and embroiderer must have been cooking up some of her own ideas in the time that she served under Lagerfeld as well.

For instance, her first show in 2020 encouraged the pairing of Chanel tweed suits with laid-back alternative-wear such as rock-n-roll band tees, covering a bandeau, or with the iconic heavy strings of pearls worn over bare skin alone. Then, the Cruise 2022 collection takes a step further and harkens back to the ‘scandalous’ wide-legged wear that Gabrielle so often favored. It also invokes sustainability into the designs via Global Organic Textile Standard-certified, 100% sustainable material production and use.

In my opinion, these subtle changes speak to Gabrielle’s original intention to produce clothing that increases the wearer’s freedom. I, for one, can always get on board with sustainably-made versions of the styles I already know and love—and am truly excited to see what Viard does next.

Until then, I want to hear a little bit about why you love (or don’t love!) Chanel, or just tweed in general. Do you love it because it’s one of those investment pieces you can wear forever? Do you love the feel? The history? Do you have one suit or a whole bunch? Found any vintage treasures?

I think those of us who love the look come in as many shapes and styles as the suit, and many of us are drawn to different things about its design. This is why I want to know what YOU think it is about Chanel tweed that makes it so special. PS: if you’ve found a really great place along the west coast to find awesome Chanel tweed…let me know through Instagram!

Talk to you soon, and sending all my love, positivity, and mindfulness,

With love and hope,
Lena 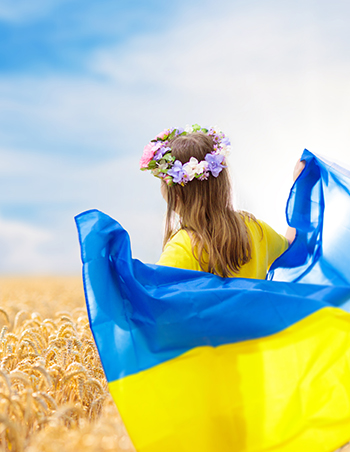 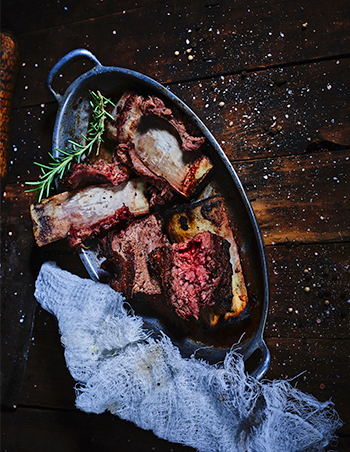