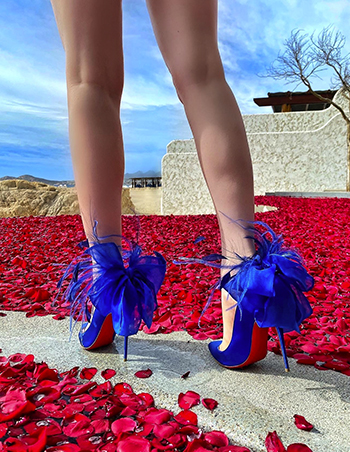 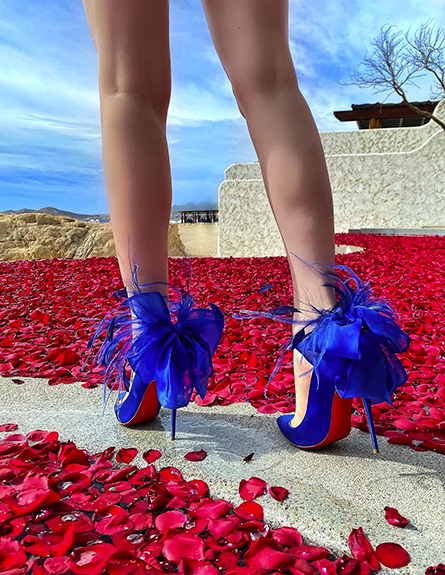 What if I told you that the story of Christian Louboutin’s red sole started with…nail polish? With simple beginnings in 1991, Louboutin was about to launch a trademark look for the fashion industry, and it came from simple inspiration—and a little luck. Here’s the story behind Louboutin’s red sole, plus a few more reasons to love his heels as much as I do!

What inspired the red heel?

Tell the truth: when you catch a flash of Christian Louboutin’s trademark red sole while, say, out for a walk, what images pop into your head? Luxury? Royalty? Riches? Well it makes sense, since red heels have quite the royal history, dating back to French monarchy and in particular, King Louis XIV.

As the story goes, Louis’ younger brother Philippe d’Orléans – who for some reason was raised as a girl – was out walking the streets of Paris when his heels became stained with a red color. Attracted as he was to the look, he went home and is said to have painted all his heels red, only for his older brother to adopt the style himself.

Soon, the red heel would gain a permanent place in history thanks to Louis’ own narcissism, which saw him pass an edict that meant only nobility could wear heels, and only allowed those in his favor to wear red heels at that—apparently, the higher the heel, the more favored the wearer.

In fact, according to Philip Mansel – a historian with knowledge on the subject – the color red “demonstrate[d] that the nobles did not dirty their shoes”, and impressed upon the lower classes the idea that noble-persons “were always ready to crush the enemies of the State at their feet.”

Not that it lasted—soon the style fell out of fashion with the French Revolution and Marie Antoinette’s beheading, where she has been recorded as wearing a pair 2-inch heels to the guillotine.

While red heels had become unpopular for some time afterward – so much so that the phrase “red-heeled” was for a while considered derogatory in the UK – we know now that this ‘royal’ and dramatic history has nothing to do with how Christian Louboutin came to build his brand identity around the eye-popping red sole we know today!

In 1993, after being in business for two years, it is said that Christian Louboutin released his latest collection of shoes a few weeks late. The idea had been to create a shoe inspired by close acquaintance (and party buddy) Andy Warhol’s painting, Flowers—and yet when the prototype arrived from Italy, there was something missing.

Certainly, the pink-stacked heel and large cloth blossom looked like the design Louboutin had drawn, and yet according to the designer, “the drawing was still stronger and I could not understand why.”

Enter, the red sole of fate! Looking around for inspiration, the blank, black sole of the shoe staring at him in the face, Louboutin noticed an assistant in his office painting her fingernails red. Without asking – so we can assume – Louboutin grabbed the bottle of red varnish, polished the sole of one of the shoes and thought: “This is the drawing!”

So were Louboutin’s red soles born!

When, in the years since, Christian has been asked about the importance of the red sole, he has been quoted as saying, “The shiny red color of the soles has no function other than to identify to the public that they are mine. I selected the color because it is engaging, flirtatious, memorable, and the color of passion.”

Louboutin is certainly known to be passionate about his red soles, which he registered in 1997 with the U.S. Patent and Trademark Office—a move that would later come in handy in a court case against Yves St. Laurent when the design house delivered a collection featuring their own version of Louboutin’s red soles.

Thanks to the existing popularity of the heel, and because of the drama which ensued when YSL was accused of copying Louboutin’s signature, today Louboutin’s red soles are as iconic to his brand as Chanel’s interlocking C’s—and only come in one shade: Pantone 18-1663 TPX.

How the Red Soles are Made

Louboutin’s shoes range in price from your basic design to a custom-made pair. The design house even made a pair of shoes with real ruby soles for a private client. The rarer the material, the more collectible the shoe!

Accordingly, each design begins with a sketch. Louboutin is known to develop summertime collections in warm locations, and winter collections where the weather drops to freezing. Only then will Louboutin send along his sketches to pattern-makers and artisans to a factory in Italy, just outside of Milan. Here, teams work diligently to make sure Louboutin’s vision is realized—and send off a prototype in as little as three weeks.

Once the prototype for a design is approved, the production process begins and incorporates about 30 design steps. Much like the other artisanal brands I love (like Hermés), each shoe is hand-crafted with fine leather and other fabrics including animal skins. When, say, alligator leather is used, they only use one skin per shoe due to the need for careful pattern matching. Apparently it takes almost 15 years to become an adept for Louboutin cutter, so it’s clear they take their pattern-making seriously.

Once fabrics and leathers have been molded to the right shape using pressure and temperature, stitching begins to unite each piece of fabric together. I was surprised to find out in one article that just one upper part of a shoe can incorporate up to 12 different materials.

Finally though: the red sole!

Since every Louboutin shoe has a leather heel, it’s easy to think that the red color comes from the tanning process—but in fact it is lacquered on through a secret process the design house won’t reveal. To make sure the heels are not compromised during final processing, each one is protected by a special film that artisans peel off before boxing. I bet the feeling of seeing a completely pristine Louboutin heel is so satisfying—I almost wish they would let us do it when they’re delivered!

When Christian Louboutin first began designing shoes, he “wanted to create something that broke rules and made women feel confident and empowered.” As a long-time wearer of his brand myself, I couldn’t agree more with the way these shoes make me feel every time I wear them.

This feeling of empowerment seems to be shared by most wearers of his designs too, all the way back to Princess Caroline of Monaco, who is said to have launched Louboutin’s career when she purchased a pair of his stilettos. The shoes have even won “Post Prestigious Shoes in the World” multiple years in a row!

Indeed, it was Louboutin who is credited as bringing stilettos back into the limelight in the late 1990s and early 2000s. Since then, Louboutin has mostly kept to what he knows: women’s shoes. He does have a handbag line out, and in 2011 began exploring the world of men’s footwear, but with clients (like author Danielle Steel) willing to buy over 6000 pairs from Louboutin, and considering my own love for his women’s-wear designs, I don’t see these shoes going out of style anytime soon.

On then, with the red soles! 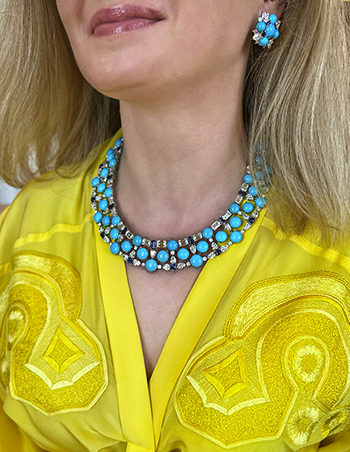 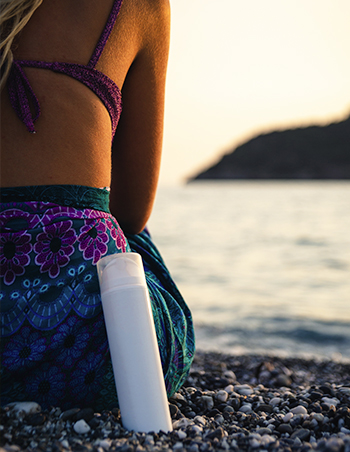