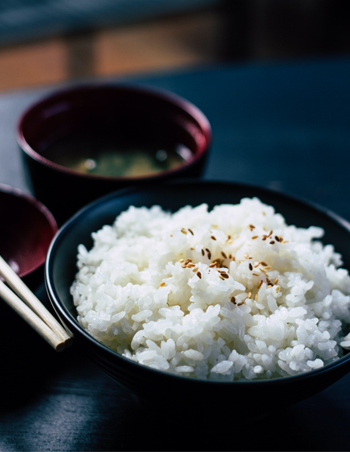 Should I Eat More Rice? Arsenic Levels in Rice 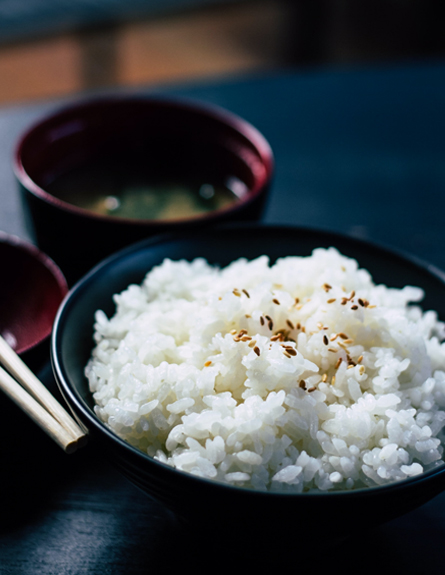 Rice is often marketed as an easy, accessible, and entirely healthy addition to a variety of meals, particularly for those who suffer with celiac disease, or even gluten intolerance. Yet there is one thing that keeps cropping up in today’s headlines about rice that I am concerned about: the high levels of arsenic in the products that everyday consumers are buying like hot-cakes.

That’s right! Rice has been known to contain higher amounts of arsenic than other foods and grains, and the results of that exposure have been recorded by scientific communities over the last decade.

Given the increasing prevalence of rice-based products, meals, and diets, I is a good moment to explore the risks associated with arsenic exposure and ingestion (over time), what levels of arsenic are too much for humans, how much arsenic scientists and researchers are finding in our rice, and how we can reduce our arsenic exposure as much as possible in the face of high-rice diets and accessibility needs.

Don’t have time to read the whole article? Here are 6 quick facts about arsenic in rice that you will want to know before your next grocery trip:

Not to frighten you, but arsenic is ranked first among toxins which pose the greatest potential risk to individual health, particularly related to known or suspected toxicity.

As far as the U.S. Environmental Protection Agency is concerned,  arsenic is a ‘nonthreshold carcinogen’ whereby even the smallest dose will carry some risk for cancer. Of course, arsenic is a naturally occurring element which scientists further delineate into arsenic (As) and inorganic arsenic (Asi), that latter being more toxic to humans than the former.

To date, health studies which cover the impact of arsenic ingestion and exposure primarily focus on arsenic exposure through drinking water; indeed, results show that over 100 million people are exposed via drinking water alone in the U.S. So, what are the adverse health effects that occur when a human is exposed to arsenic through food or water?

Quite a few studies have linked chronic arsenic exposure to adverse health effects that span a variety of organ systems in the human body, including keratosis; impaired intellectual function; skin, bladder, and lung cancers; diabetes; coronary heart disease; and other baseline respiratory illnesses. Add to that the following seven conditions associated with high arsenic exposure within the last twenty years, and it can be said that arsenic avoidance bears a ton of significance for our everyday health at home:

How Much Arsenic is Too Much?

“…Participants consuming more than 10 μg/L arsenic were… more likely to have had cardiac bypass surgery, high blood pressure, and circulatory issues than those drinking less than 2 μg/L arsenic in water.”

Okay, so we know that arsenic is dangerous to us; DUH!

I’ve explored toxic substances a ton in previous articles, including this one on at-home water filtration, but when we consider current research findings on the specific subject of the “right” or safe dose for arsenic, the data is similarly unfriendly. Indeed, it tells a story of arsenic prevalence that even I was surprised to discover!

Starting with my water filtration and toxicity research, I was already aware than more than two million Americans drink water from toxin-heavy private wells. When tested, these wells show concentrations of arsenic far above the either EPA or WHO limits for water (which are currently set at ten micrograms (μg) of arsenic per liter). When those standards are then cross-referenced with health data from the National Research Council, results show ‘an estimated lifetime excess cancer risk as high as 1 case in 300 people.’

For sure,  the only country presently on record for food-related inorganic arsenic regulation (in rice, but we will get to that) is China, where the maximum level permitted is 0.15mg/kg. The closest known food-related regulations from a global perspective may well be from the WHO Expert Committee on Food Additives (in connection with the Joint Food and Agriculture Organization), which do not regulate, but warn that a 3.0 μg/kg body weight per day marks the lower limit of what will increase lung cancer incidence by as much as 0.5% for the average adult.

Is There Arsenic in my Rice?

Another YES for this one.

Listen, arsenic of all types is prevalent in much of our drinking and ground water – some parts of the Western US are estimated to have up to 3100 μg/L of arsenic in regular drinking water – and since rice is a high-consumption water-cultured food source (with about 400 million metric tons consumed per year), the potential exposure problem for arsenic in the United States through rice poses an incredibly large problem for everyone!

That’s because rice is wildly efficient when it comes to arsenic absorption from soil and water—it can absorb up to ten times more arsenic than other grain crops like wheat. Numbers like this have in fact prompted the FDA to test rice-based products sold across the US specifically for inorganic arsenic (Asi).

Here’s a quick summary of what several studies have found about arsenic in US rice:

From a test of 1343 samples of rice, ALL contained inorganic arsenic (Asi). Although the amount of arsenic is variable, 30% of the sample contained greater than four micrograms per serving. At two and a half servings per day, the lifetime cancer risk is above 1 case in 300. An outlier brand of rice bran cereal contained almost 30 micrograms of Asi per serving.

Aside from the fact that arsenic exposure and ingestion are not good for anyone, the amount of arsenic that is in rice directly affects the nutritional quality of the grain as well. Not only are we ingesting high levels of a carcinogenic substance, but we’re getting less nutritional value because of it!

On the other hand, there are studies from around the same time (and even from the FDA study I quoted above) which find that nearly all tested rice products were below 0.2 milligrams/kg. These studies suffer from smaller sample sizes, yet do bring about a similar point echoed by the 2013 paper: While the effects of long-term exposure to inorganic arsenic through rice are dire, there is insignificant risk for immediate or short-term health effects due to rice consumption.

Whatever the case may be, high levels of arsenic in rice have been targeted as a particularly troublesome area of concern for human health. It is a difficult toxin to contain since arsenic content in rice varies depending on the cultivator and location, and where it was processed. Indeed, when total arsenic values for 901 white rice samples were measured across ten countries in four continents, they discovered the following results:

First of all: is it even possible?

Thankfully, we have another yes here. It is possible to reduce at least some of the arsenic content of your rice by avoiding certain types of rice and rice products, rice from certain areas known to have higher-than-normal levels of arsenic in their rice, and most importantly, by washing your rice before you cook it.

As we’ve been saying, anyone who wants to avoid arsenic in their diet where rice is concerned should limit the amount of rice bran (or products high in rice bran) in their diet, since the bran layer that is removed to produce polished (white) rice often contains ten to 20 times higher concentrations of arsenic. Rice bran is also (perhaps ironically) often added to rice-based products that promote healthier living. Manufacturers aren’t wrong to do so, since the addition of rice bran increases fiber content and can be used as a health food supplement, but consumers should be wary of the higher arsenic content nonetheless.

Consumer Tip: Avoid other brown-rice based products (such as organic brown rice syrup), even when they are marketed as organic! They can add even more arsenic content to a rice-heavy diet.

Arsenic content is also known to vary between other rice-heavy products such as rice cakes and crackers, puffed rice, baby rice, and other rice-based snacks, though ready-to-eat rice does seem to be a rare exception in some cases. Often, studies on this subject seem to target foods and rice products targeted at children and infants, since they are more susceptible than adults to the adverse effects of arsenic ingestion.

Each of the research studies I’ve come across so far on arsenic and rice contain rice product samples from a variety of geographical regions. For example, according to the European Food Safety Authority, “rice grains” and “rice-based” products common to the EU market have arsenic levels ranging between 0.14 and 0.17 milligrams/kg. From there, I found that there are some regions (particularly in the U.S.) where rice has higher-than-average levels of Asi and As, while other regions have moderate to low levels of arsenic.

Here’s are a few bullets related to arsenic content in rice:

Wash Your Rice Thoroughly Before Cooking

With over three billion people sharing a rice-heavy diet across the globe, it is comforting to know that just washing your rice can remove anywhere from three to 43 percent of arsenic in store-bought rice samples, making all samples except those with the highest As or Asi content more consumable by humans.  The same study did note that cooking rice only changed arsenic ‘speciation’ in a few cases, while another method revealed that without washing, cooking rice has almost no (or worsened) effects on arsenic content of any type.

Washing Note: When a variety of major rice-washing procedures were tested, the traditional Indian-Asian method of washing AND cooking – wash until clear; cook with rice + water at one to six ratio; discard excess water – reduced up to 57% of the arsenic from rice that contained arsenic, even for rice in the 230 to 540 μg/kg range, whatever the water type.

What other ways can I reduce arsenic consumption overall?

To start, you can always opt for other healthy grain options that have much lower arsenic levels. For instance, bulgur, barley, and farro – although containing gluten – have very little arsenic content. For celiacs and gluten-sensitive folk, quinoa is a great substitute, and has been shown to have comparative levels of arsenic to other ‘safer’ grains.

Better still, you can really dig into packaging and brand websites to learn how certain products target arsenic and other toxic content levels in their food and beverage products. Keep an eye out for keywords and methodologies that relate to agronomic and biotechnological approaches such as: mineral supplementation, soil aeration, the use of biological agents, the rotation of rice crops, and even the transgenic alteration of rice genes to be resistant to arsenic.

At the end of the day though, we can only do so much; it’s important to keep yourself as informed as possible about what goes into your body. I recommend starting with rice and water as your two main target areas to reduce toxin consumption overall, and to keep a little journal going of the results you see from before and after you make the necessary dietary changes to avoid arsenic (and other toxins). More important perhaps, is to start the conversation about rice and arsenic with your friends and family! Share this article, or begin a discussion on what interests you most about arsenic in rice.

As always, if you have questions (or aren’t ready to bring the subject up with those closest to you), I’m here if you want to reach out through Instagram anytime! I post tons of health updates, product recommendations, and health-related tips and advice that audiences can refer back to again and again.

Hope you’ve learned a lot—I know I have. And as always, with love, 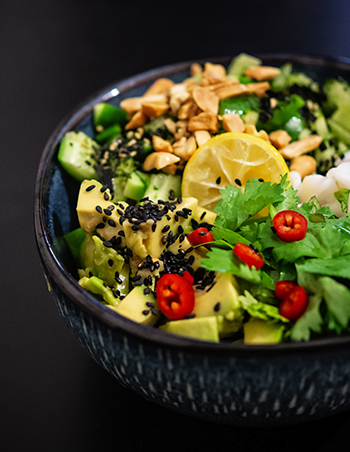 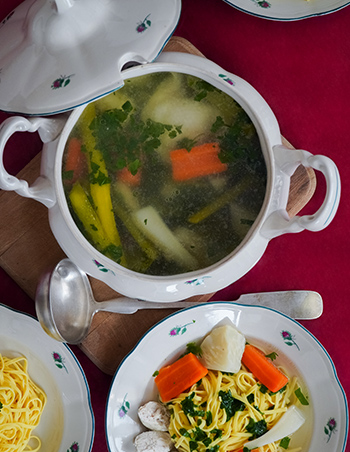