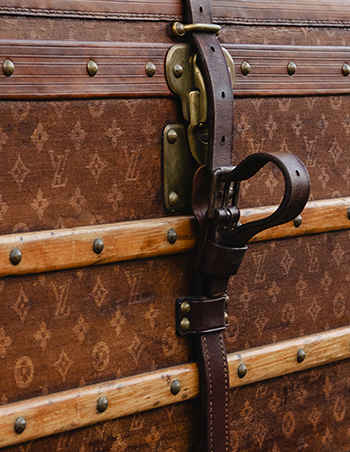 How It All Started: A Brief History of Louis Vuitton’s Trunks 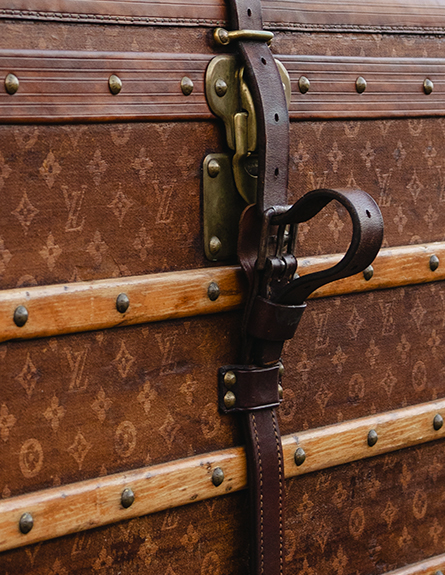 Ever wonder how Louis Vuitton became the world-renowned brand that it is today? Turns out it all started with trunks designed for pleasure-travelers in the mid-19th century!

Ever since my recent trip to see Louis Vuitton’s 200 Trunks, 200 Visionaries campaign in Beverly Hills, I’ve been thinking a lot about one of the tid-bits I discovered while celebrating Louis Vuitton’s 200th anniversary as a brand: where the brand got it’s start!

Now, I’ve always known Louis Vuitton had a special mastery for travel accessories and luggage, but I had no idea how central his simple trunk designs were (and are) to the man (and the brand’s) continued success.

In light of this surprise, here is a quick look at the history of Louis Vuitton’s trunks as I learned it during the exhibition–I think it’s a truly interesting story you’ll love to read!

Incredibly, Louis Vuitton was only 16 years old when he set out from his home toward Paris. Even more incredibly, his journey of 450 kms was almost entirely by foot–and yet his drive to start a new life pulled him to the big city.

Perhaps driven by his long walk, Louis Vuitton’s dream of becoming a Malletier (or, a trunk maker) took on a new shape. He was entering the age of industrialization and increased travel, where trains and steamcars were quickly becoming the norm. Sturdy, reliable luggage was needed more than ever before.

It is funny to think that in those days it was possible for young Louis to come from so far away and almost immediately begin apprenticing under an atelier, Monsieur Maréchal. Devoted to his craft, and to his mentor, Vuitton stayed on with Maréchal for 17 years, where he helped customize trunks for well-traveled clients.  It wasn’t until 1854 that Vuitton would open his own luggage business on the outskirts of Paris–at 4 Rue Neuve-des-Capucines, home to Paris’ fashion elite!

Although no stranger to the trade, it would take Louis four more years behind a store sign that read, Securely packs the most fragile objects. Specialising in packing fashions, to perfect the rectangular, canvas design that would turn travel on its head: the flat-topped trunk.

The trunk was simple in these early stages, and was lined with simple gray canvas. The genius was the lack of a rounded top–a notable trend among luggage of the day. Whereas leather-made travel accessories to date had required shapes that ‘wicked’ water, Vuitton created a water-proof Trianon canvas material that allowed for flat designs without risk of damage.

Best of all, because of the flat surfaces of each bag or trunk, travelers could stack multiple items…meaning they could bring more luggage!

It wouldn’t be until about 1886 however that Louis’ son Georges would come up with a new single-lock system with two spring buckles that “turned travel trunks into real treasure chests”. As the story goes, the lock mechanism proved so effective that Georges would challenge Harry Houdini to escape from a Vuitton box while locked…Houdini never rose to the challenge.

From his original design forward, the Louis Vuitton trunk became an instant icon that was quickly copied by other brands, designers, and manufacturers. However, thanks to the unique, creative fabrics used on the exterior of the trunks, Vuitton’s designs were the most highly sought-after of the time.

Of course, with every popular token of design or fashion comes the copies–and Vuitton had to deal with his fair share of counterfeits. To combat the problem, Vuitton would hand-paint designs on his luggage starting in 1876–including striped patterns and the now-famous Damier print.

When Vuitton passed, there was no doubt that his son, Georges, would allow the brand to live on–even introducing the now-familiar LV monogram and flower design in 1905 as an homage to his father.

Thankfully for all of us who now enjoy the brand (and the trunks!), Louis’ son kept the momentum going: by 1914, atelier staff had grown more than double its original size. Thanks to his interest in automobiles, Georges Vuitton would also be responsible for designing a smaller, more compact version of his father’s original steamer trunk. With more stackable options coming to the fore, a new trend began to take place as well: LV trunks as furniture. As this article notes:

“Nicky Hilton Rothschild uses one as a console table in her New York City penthouse. Two are stacked at the foot of the bed in the guest room of Sig Bergamin’s São Paulo home. Yet another is at the center of Michael Kors’s closet.”

Together these moves quickly established the Louis Vuitton brand as an elite status symbol–even catching the eye of New York fashion designer, Coco Chanel. Moving for the first time into dedicated women’s fashions, the Louis Vuitton brand collaborated with Chanel in 1925 to create a domed handbag called the Squire (now known as the Alma); which then gave birth to the Speedy, the Keepall, and the Noé.

With these ever-changing designs, and because Vuitton often customized pieces to certain clients, the vast array of available trunks on the market is almost endless. From the classic trunk, to standing wardrobes, to hat trunks and trunks with desks built in–you can find almost any kind of trunk you could imagine from Louis Vuitton.

That’s the special magic of the Louis Vuitton trunk–a pull so strong that the design continues to be celebrated on each centennial of the designer brand.

Knowing there’s so much great history behind the trunk itself makes me even more glad I was able to witness the visionary talent of other artists against the backdrop of one of the greatest fashion designers of the last two centuries. If you’re curious to hear more about my experience at the exhibit, visit my blog to read how it all went down.

Until then, I wish you the safest, happiest travels possible–with all the class, grace, and organization an amazing Louis Vuitton trunk can bring. 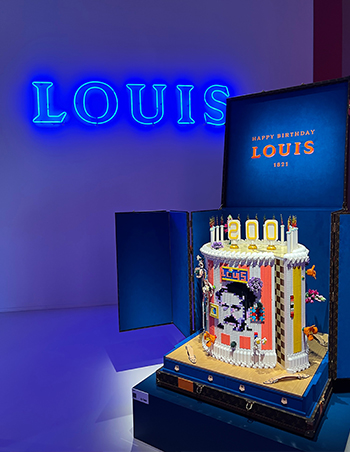 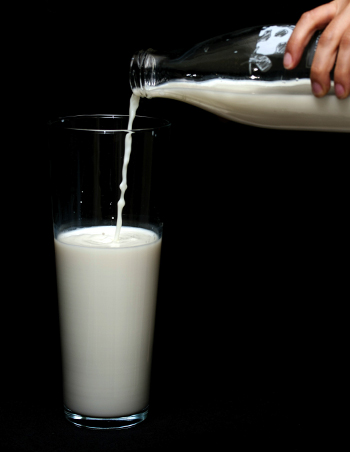