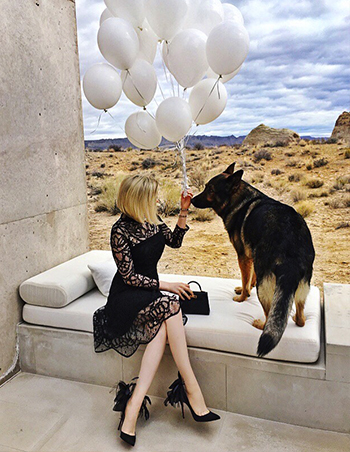 A Tribute to My Love for the Little Black Dress 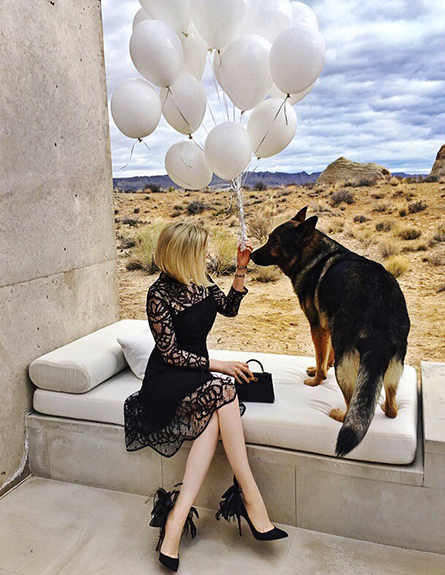 Who doesn’t love a little black dress? Now known as an LBD, the little black dress has become one of the most infamous looks known to any wardrobe: it is versatile, subtle, and can be dressed up and dressed down. It comes in limitless styles and designs – though most are known by their simple, short cuts – and can be accessorized for formal occasions as often as day-wear. In fact, that’s my favorite part of any little black dress—the effortless way I can accessorize each piece to suit whatever mood I am in that day. Truly, I think it might be one of those items that will never go out of fashion!

My all-time LBD idol is of course the dress that Holly Golightly – played by Audrey Hepburn – dons at the beginning of Breakfast at Tiffany’s. Deeply simple, I’ll never forget the first moment I saw Hepburn step out of her taxi in the little black dress that later made history. Her accessories are ‘just darling’ as she would say, appearing a Tiffany necklace and brooch, whereas the dress itself was designed by Hubert de Givenchy and tailor-made for the actress. I recently learned that the dress itself was auctioned off in 2006 for £467K!!

Sources report that Givenchy based his design on the ‘original’ LBD created by CoCo Chanel in the 1920s. Her creation was popularized in the 1930s where, in the past, black dresses had been reserved for mourning or for service-workers in rich households. Yet according to most, all of this changed when CoCo’s dress design appeared on the cover of Vogue magazine in October 1926!

Sources report that Givenchy based his design on the ‘original’ LBD created by CoCo Chanel in the 1920s. Her creation was popularized in the 1930s where, in the past, black dresses had been reserved for mourning or for service-workers in rich households. Yet according to most, all of this changed when CoCo’s dress design appeared on the cover of Vogue magazine in October 1926! 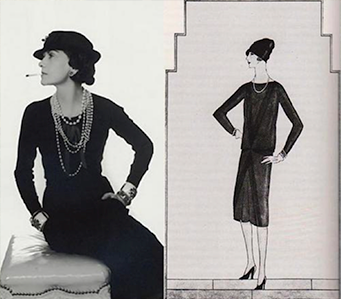 Vogue’s editors quickly became enamoured with the style, and are quoted to have called the dress “Chanel’s Ford” due to the availability of such a design even throughout the great depression. The little black dress would become “a sort of uniform for all women of taste”, they said. However, it would be a while for the design to be adopted by women of higher status, as an emblem of haute couture for so-called women of taste.

Interestingly, the little black dress did have quite the back-story preceding the days of CoCo Chanel. For example, in the earlier 1900s, it is said that rich socialites were eager to wear little black dresses to appear youthful and edgy. From famous actresses to the Secretary of the US treasury were seen wearing the style by 1915.

Truly, the LBD is effortlessly chic, and based on its history, timeless! It has evolved beyond the original, simple design, and has extended into the far reaches of design history. Christian Dior soon responded to the original Givenchy design – for example – by cinching the waist and adding a fuller skirt.

By 1972, the ‘sex-appeal’ of a simple little black dress was enhanced with a daring design by Guy Laroche that exposed the entirety of a woman’s back. Even Diana, Princess of Wales, was seen by 1994 to make a huge splash with her so-called ‘revenge dress’ following her lengthy divorce with Prince Charles only three years earlier.

To many, the little black dress remains a sort of ‘blank canvas’ design that can be sexy, practical, conservative, or all-around fun. No other item seems to share the same versatility as a good LBD, which is why I have so many myself!

To celebrate the little black dress, here are my top three favorite LBD looks from that I think you’ll love too: 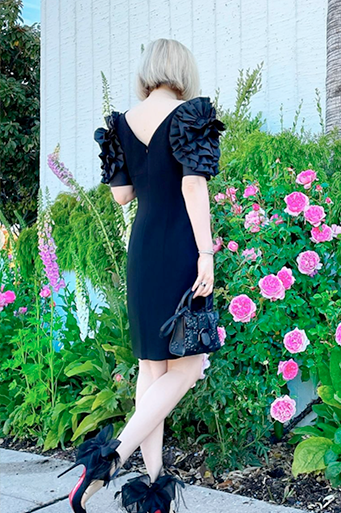 See what I mean about a little black dress with flair?! This time around I choose to keep all my accessories black (with the exception of my red-bottomed Louboutin heels) to give some extra edge to this stunning outfit. I just love Shani’s work, who is dedicated to creating designs that are flattering, flirty, and feminine. Her color blocking and tailoring tricks are unmatched, and you can definitely see the expertise of her work in the way this dress lies in a subtle just-off-the-shoulder style. 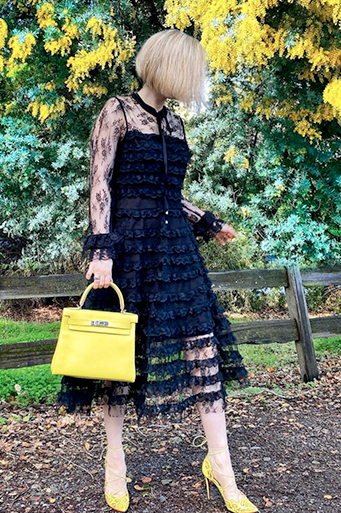 I love the soft feminine lace of this little black dress, especially since altogether it gives a sensual, rockstar effect! With ruffled cuffs and an above the knee cut that extends down with the frilled lace I mentioned, I was so happy to come across these yellow blooms to match my Hermès Berkin and strappy lace-designed lou-boutins. 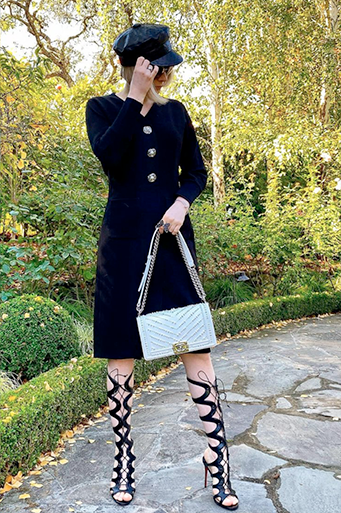 This LBD is the epitome of what a dress like this is all about! It’s simple, classic, and super flexible when it comes to dressing it up with accessories. The pearl buttons also remind me of the accessories that Hepburn wore in the iconic Breakfast at Tiffany’s scene I talked about above! This time, I paired the dress with a simple newsboy cap from Christian Dior, a studded Chanel bag, and as always, my trusty Louboutin’s—this time in a gladiator style I just can’t get enough of…just don’t ask me how long it took me to lace them up!

Which one of these dresses is your favorite? Better yet, do you have a little black dress that you’re in love with? Create an LBD post and tag me in it! I would love to see how you accessorize your favorite LBD to showcase this endlessly timeless design

Much love until next time, 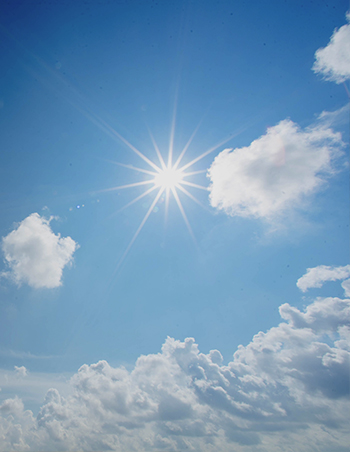 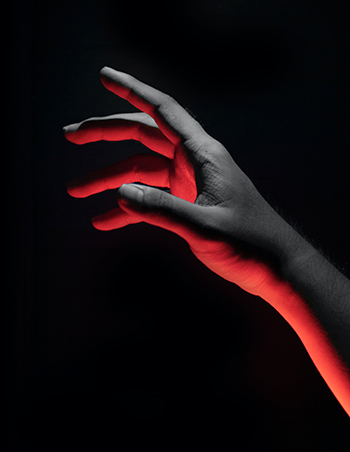